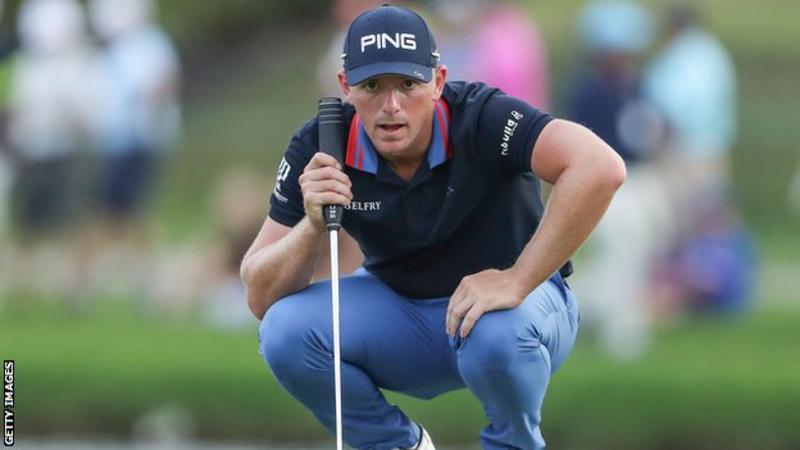 Rising star Matt Wallace makes his Players Championship debut on the Stadium Course at Sawgrass which starts on Thursday. The 28-year-old Londoner, who finished sixth in the Arnold Palmer Invitational at Bay Hill last Sunday, is providing an exclusive Players diary for BBC Sport.

This place is fantastic. It is a proper, proper golf course and already it has been a different experience.

For example on the little island green 17th, it was the first time I’ve felt so intense in a practice round. I wasn’t really nervous but the intensity levels rose massively.

Normally I’m not a very good practice-round player, I’m just trying to see everything and see the bad stuff and trying to plot my way round.

But that tee shot was serious focus because people were watching and you do not want to mess it up. It was the first time I had such intensity before a tournament has actually started.

I hit two shots; one to the right flag and then one to a front flag and both found the green so it was all fine.

I’ve had a chat with Sir Nick Faldo early in the week and he has been brilliant. He’s been commentating on me and looking at my game.

We did a little bit on putting and a bit on chipping and talking about some tournaments coming up – one particularly in April – you know the one, where he’s done particularly well!